The Cars247 Official Photographers are the best in the business. Each month we round up their best shots of the month for your viewing pleasure. In the March shot of the month we bring you a Thunderbird.

Rules:
Must have been either taken or posted to Instagram in the month of March.
All images were taken by our Official Photographers except for the BONUS shot.

3 Cars, 16 wheels – you do the math. Hosam Al-Ghamdi with this awesome gathering.

CCL Photography shutting down Monaco to get this awesome shot of the Lamborghini Aventador SV.

Hundreds attended and Hunter Swift made them all disappear to capture this awesome shot of the GMG Racing stable.

So good two shots of this awesome gathering make it Hosam Al-Ghamdi.

Beautiful shot and edit of the Porsche GT3 by Hunter Swift.

Admit it, its aged better than you. Epicness on the streets of Saudi by Hosam Al-Ghamdi.

Pagani Zonda in a London backstreet by Extreme Speed.

Koenigsegg took over the Geneva Motor Show. This awesome shot from Switzerland by Horsepower Hunters demonstrates why..

Cars247
To celebrate hitting 800K followers on Instagram we wanted to bring you guys something special, so how about this? Exclusive content with the AE...

Cars247
A tour of London is always a good idea. This time we have a highly modified Nissan GTR with us just before the UK...

Cars247
Spaceship. UFO. Rocket. They have all been used to describe the new McLaren Speedtail over on the Cars247 Instagram.   Here are some numbers. 250 mph....

Cars247
This is the Aston Martin Victor and it may well go down as one of the biggest automotive surprises ever. Unveiled this past week... 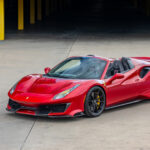 Cars247
Last week we brought you this amazing Pista Spider caught out in California - Hit that link for the full breakdown on the car.... 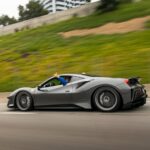 Cars247
This Saturday Cars247 was #Live from Los Angeles for PMLQUICKSTRIKE, one of the first events post lockdown in California. You can find all the...
© Cars247 2021