Rosberg’s shock retirement at the top of the sport has posed one of the biggest questions in Formula 1 for years – Who will replace him?

With the dust beginning to settle on Rosberg’s announcement the world turns to Mercedes to see if they have a Rosberg replacement. At the moment it seems Mercedes were caught just as much off guard as the rest of us – All driver line-ups for 2017 have been signed, agreed and contracted.

In reality the power of having the fastest car on the grid has it perks. Any driver will be prepared to rip up contracts to have the seat and teams will find it hard turning down Mercedes money.

So lets take a look at the driver market and who Mercedes may choose to partner LH.

PASCAL WEHRLEIN
The Mercedes reserve driver is the natural replacement. However limited experience and the fact that he has not already been announced may point to Mercedes looking elsewhere.

SEBASTIAN VETTEL
German, and one of the most decorated and talented drivers in the sport, its a match made in heaven for Mercedes. Contracted at Ferrari, it will take a vast some of money for Ferrari to let their star man leave. What message does that send to the world – Vettel moving on to ‘better’ things from Ferrari. This will need to be the discussion inside Ferrari, and a very difficult discussion indeed.

FERNANDO ALONSO
Frustrated at McLaren and regarded by many as the most talented driver to have ever lived – its a mouthwatering prospect. The big decision for Mercedes will be the past Hamilton – Alonso relationship. The Spaniard partnered Hamilton at McLaren during a destructive season in 2007. Can they take that risk?

RICCIARDO & VERSTAPPEN
It’s anticipated that RED BULL will be bridging the gap to Mercedes in the more aero-led 2017. It seems a happy team and whilst the Mercedes seat is as tempting as they come its hard to see either Ricciardo or Verstappen leaving RED BULL.

VALTTERI BOTTAS
Highly talented but not the type for the limelight. Perfect to partner Hamilton. This would be the choice if Mercedes want a firm #1 in the team and avoid the conflict of the Rosberg – Hamilton era.

NICO HULKENBERG
Again Nico is German, so has more of a chance than most. Under contract with a recent move to Renault. Proven winner when given the car as shown when he was given a seat by Porsche to take the 919 LMP1 at Le Mans 24H winning the race in 2015 with teammates Nick Tandy and Earl Bamber.

OUTSIDERS
JENSON BUTTON – Retired only a week ago. Pals with Hamilton.
ESTEBAN OCON – Mercedes development driver just like Wehrlein – was given the nod over Wehrlein for the vacant Force India seat.
VALENTINO ROSSI – The MOTO GP legend has proven his F1 credentials – occasionally testing for Ferrari and matching the lap times of the best in the business. Switch to 4 wheels for Vale and taking the title in the first year? Imagine.
JEREMY CLARKSON – 500/1 in the betting market – Under contract at Amazon. No experience at the top level. May struggle making weight.

Our pick? Alonso. Formula 1 needs a boost. Alonso on pole would give it just that.
In January last year, when Hamilton was dithering over a contract extension, Toto Wolff the Mercedes team principal told reporters: “Alonso represents the first alternative.”

Note: Mercedes have been an official Formula 1 outfit for 7 years. In that time, every year they had a German driver in their line-up. 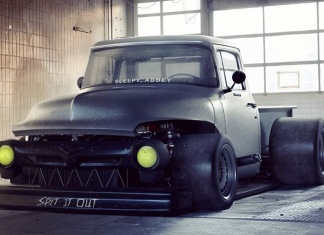 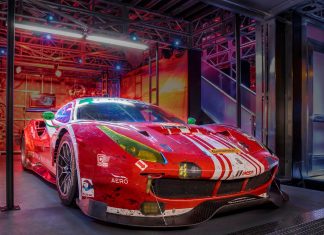