It is the outcome all of us wanted: Ferrari’s Sebastian Vettel beat pre-race favourite Lewis Hamilton to victory in the season-opening Australian GP. We knew from Qualifying Ferrari had closed the gap. Now we know by just how much. It is what F1 needed as it kicks off in 2017 – a challenger to Mercedes, and Ferrari have just made a huge statement on race day down under.

Vettel drove a perfect race to claim Ferrari’s first victory since 2015 as a perfect Ferrari strategy combined to deliver what was ultimately a comfortable victory. Vettel managed to undercut Hamilton in the pits. With Hamilton pitting 5 laps earlier and unable to pass the longer running Verstappen, Vettel emerged from the pits ahead of the blocked Hamilton.

“It’s a great relief for everyone,” said Vettel. “This is just the beginning.”

“We were worried about the undercut possibility,” said Merc boss Toto Wolff “We knew we would come out behind Max and Kimi and that’s what happened. Ferrari played it very well.”

By the time Verstappen pitted and released Hamilton, Vettel was already 5 seconds down the road. RedBull continued on from their disappointment in Qualy with their best finish 5th with Verstappen some 28 seconds adrift at the chequered flag. Hometown boy Ricciardo’s troubles continued after crashing in Q3 on Saturday culminating in engine failure with 20 laps remaining on race day.

After the RedBull of Max in 5th the rest of the field were either lapped or DNF. One must feel for Alonso – retiring from a points finishing position just a few laps from the finish after the seat he vacated to be filled by Vettel is top of the podium.

In 19 of the last 27 seasons, the winner of the first race of the campaign has gone on to win the championship. Hamilton has been asking for a fight all winter. Ferrari have stepped up. 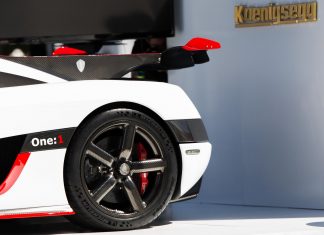 EXCLUSIVE: Koenigsegg One:1 – The 1MW Megacar 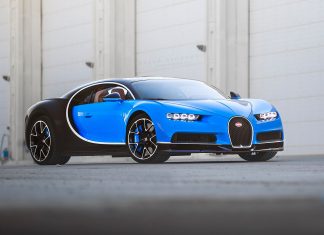 EXCLUSIVE: The Worlds First Bugatti Chiron in the Wild