For those outside of the US -Type R’s are nothing new – Honda’s been making lightweight, race-ready Type R versions of its cars for about 25 years now. Those cars have shown up in Japan, Europe, and… basically everywhere but the States.

Finally, that’s changing. For the 10th-generation Civic, Honda decided to throw a Type R at America to see if it sticks. With deliveries starting to take place across the US Cars247 Photographer Hunter Swift already has one all to himself in California.

First unveiled at the Paris Motor Show earlier in the year the new Type R immediately grabbed attention. The 2017 Civic Type R uses a 2.0-litre VTEC turbo with Power at 316bhp at 6500rpm. Whilst that is not headline stuff, breaking the Nurburgring lap record for front wheel drive production vehicles certainly did. The fact Honda then announced the CTR was heading stateside added even more intrigue. To head into a market after 25 years of absence they must have been happy with their work, right? It certainly looks like a record breaker…

Visually, the new Type R retains its trademark extrovert styling, but Honda claims the new model has a ‘more comprehensive aerodynamic package’ than its predecessor. In a bid to help broaden the appeal of the Type R, Honda has also fitted the new model with a range of driving modes for the first time. ‘Comfort’, ‘Sport’ and track-focused ‘R+’ modes alter the steering, throttle, damper and gearshift response. But put it in R+ and forget about it, please. It’s also got 3 exhausts for ‘improved flow rate’ – and FYI more exhausts is just better, fact.

Wst_bank – owner of one of the most insta-famous cars on the planet – was one of the ones lucky enough to get hold of one and told Cars247…
“I have driven mine 700 miles in 3 days, having owned all types of cars from Nissan GTR’s to Lamborghini Huracan’s and I’m telling you for $35k – $40k nothing beats this. The handling is on point; The looks are on point and it will outperform any car within that price range.”

If you think – well that’s just one man’s opinion. Remember this – wst_bank owns this Boden Autohaus built Mansory Lamborghini Huracan. Which makes him more qualified than just about anybody.

Initial demand, especially in the States has been strong for this car. Honda dealerships hiking prices due to the strong demand have been spotted. The styling of Civic Type R’s often makes them a love or hate type of car. In the case of the 2017 Civic Type R, there certainly seems to be more love than hate. Priced at $35k and with a limited run (it is understood only one per dealership – roughly 2000 although Honda has been quiet on this) it should hold its value. In fact, chassis #1 was auctioned off for $200,000.

Outside of the US you can pick up the new CTR for just over £30k and you will not have any trouble getting hold of one. Released slightly earlier in Europe it received rave reviews across the board with many naming it the ‘hot hatch’ of the year. Cars247 are going to take it a step further and ask the owner of this actual CTR Brandon Squirrell the question we all want answering…
How much attention does it get?
“I thought it was going to be one of those hot hatches that catch peoples eyes, but when I drive it and people are pulling out their phones to take pictures, I never thought it would bring that much attention”

Here is THE record setting lap. Completed in 7:43.8s, meaning it re-takes its crown from the Volkswagen Golf GTI Clubsport S by just over three seconds. How did the new Type R improve its time so much over the old model and other FWD cars? Honda says it’s mainly due to improved stability. Lead chassis engineer Ryuichi Kijima said: “The cornering speed achieved in the new Type R is higher because the car features a wider track and tyres, a longer wheelbase, new multi-link suspension in the rear and improved aerodynamics that improve stability.” FYI – only changes from ‘standard’ – floating roll cage – no rear seats – road legal ‘ track focused’ Michelin’s. 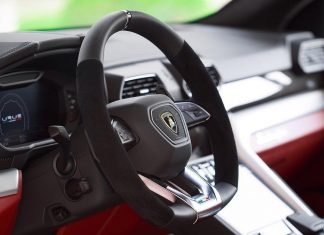 EXCLUSIVE: Up Close With The Lamborghini Urus In Saudi Arabia 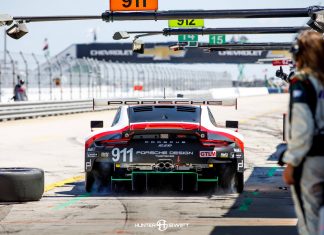 EVENTS: Unrestricted Access At The 66th Annual 12 Hours Of Sebring