Bottas launched himself off the second row to take his maiden win for the silver arrows at the Russian GP. Bottas, starting from third, took the lead off the line when he launched past both Vettel and Kimi Raikkonen, and then withstood a late charge from Vettel to secure a deserved win for Mercedes.

“It took quite a while, more than 80 races for me, but it was definitely worth the wait,” said Bottas after the race. “It feels a bit surreal. Hopefully, it’s the first of many. It was definitely one of my best races personally ever.”

Despite his late-race disappointment at not being able to hunt down Bottas having pitted for fresh tyres, Vettel has moved 13 points clear in the Drivers’ Championship after Lewis Hamilton, off the pace all weekend, finished a distant fourth – Some 30+ seconds across the finish line after his Finnish team mate.

“I have some feelings for how it felt in the race in qualifying, I have some ideas, but lots of work will be done to figure it out.” said Hamilton post race. Lots of work being the right phrase. 4 races in and an answer to the Ferrari pace lies on the other side of the Mercedes garage. Bottas as a Mercedes #2? Well, that was answered in Sochi and all credit to Valtteri for doing it where it matters, on the track.

Questions will be asked of Ferrari’s strategy and whether the Scuderia should have pitted Vettel sooner. “I tried everything” said Vettel. Questions will also fall at Massa’s door as he blatantly held up Vettel on the last lap to give his old pal from Williams a bit of breathing room for the final lap. But the race will also be remembered for overtaking, or rather lack of, with barely a position changing on track throughout the whole race.

Max Verstappen salvaged fifth for RedBull with the team eagerly awaiting the introduction of their ‘b-spec’ car at next month’s Spanish GP, after Daniel Ricciardo was forced out of the race with a brake failure – Max succumbing to the same failure last time out in Bahrain. Big changes will be needed in Barcelona for RedBull to bridge the rather wide gap.

Final thoughts from the Russian GP go to Fernando Alonso after the Spaniard was denied a start when the Honda gave up on the formation lap. With Alonso’s home race up next, McLaren has a few 24 hour days ahead of them during this mini-break before F1 descends on Catalunya. 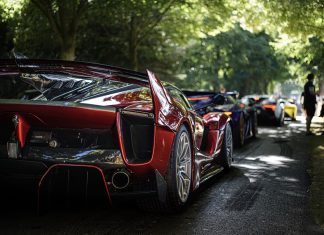 EVENTS: Unlimited Access At The Goodwood Festival Of Speed 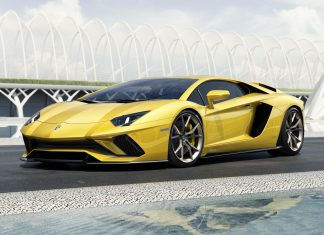