You can be excused for never hearing of a Ferrari F12 TRS. It is the rarest Ferrari in the world with just one built. Produced at a client’s request. What it is though is an F12 coupe, and my it is beautiful. It was built in 2014 with the exact same spec as the F12, minus the roof and a few styling tweaks. 6.3 litre v12, 730hp – the usual Ferrari lunacy, but a speciale a bit more special than the others. Thought to cost in the region of $4.5m it’s a very rare and expensive horse.

Could we have a situation where a client’s vision has created the most beautiful Ferrari ever made? Imagine the best looking Ferrari to roll of the Ferrari production line was a vision of Dave who owns Dave carpets. Beauty is in the eyes of the beholder but you must agree, its stunning. Perhaps the next Ferrari will honor the visionary like they did Enzo Ferrari and call their next edition to the Ferrari family LaDave. It has a good ring to it.

It made its debut at the Goodwood Festival of Speed in 2014 and has made the odd appearance at the Ferrari Cavalcade event – an exclusive drive through Italy for its most exclusive clients. In 2015 it was in an aluminium wrap. At $4.5 Million where would it stand in our TOP TEN: The 10 most expensive cars in the world? Well unfortunately the Ferrari F12 TRS breaks our no one-offs rule but it would take a podium spot at no.3. 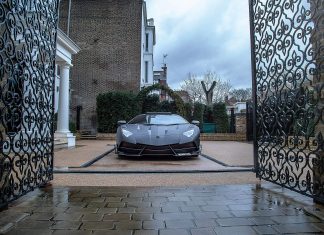 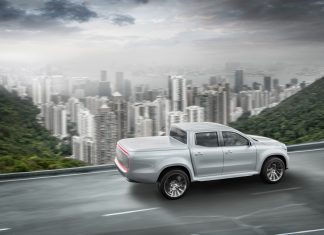 EXOTIC: AMG Have no plans for the Mercedes X Class