Ford have already built the first 2017 Ford GT and are starting to deliver the car to customers. With that Ford have released the official specs to accompany the new car. As you would expect of a car that won LeMans in 2016 in the LM GTE Pro category, its fast, very fast.

With that Le Mans winning bloodline lets start with the heart, the engine. The 2017 Ford GT has a 3.5-litre, twin-turbocharged Eco Boost V6 making a tyre shredding 638bhp. The purists may ask where is the V8? but don’t forget the 1969 Ford GT40 that won Le Mans had 485hp. The Ford v Ferrari battle has raged since Ferrari backed out of its sale to Ford in the 60’s so its fair to compare this new Ford GT to the latest Ferrari the 488GTB. The 488GTB at 661hp edges the power but the Ford GT will push on to 219mph, with the 488GTB topping 205mph.

Ford say they have tested two cars against the 2017 Ford GT, a McLaren 675 LT and a Ferrari 458 Speciale with the Ford GT coming out on top with the best lap time. Whilst this test can be taken with a pinch of salt as it was conducted by Ford themselves it does give you an idea of just how good Ford think their new Ford GT is. Claims like this are not usually made by manufactuers unless they are confident they can be backed up.

Ultimately, it will not be the extra 14mph over the Ferrari 488GTB that will make people buy this car. It is the heritage, the bloodline, and the fact it looks quite brilliant. It is possibly the best looking car to come out of the US since the original Ford GT40 (cough* designed in the UK). Couple that with the Ford GT badge and you are on to a winner.

Here is one reason you should buy a Ford GT – watch it engage Race mode. Its awesome. 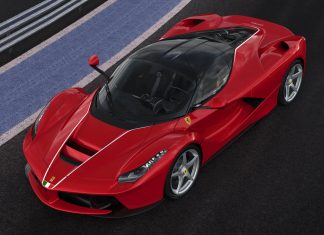 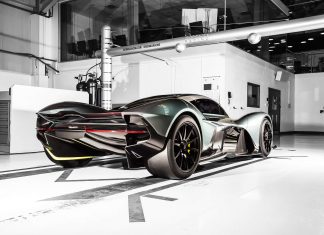 EXOTIC: Aston Martin Valkyrie lands at Geneva from another planet